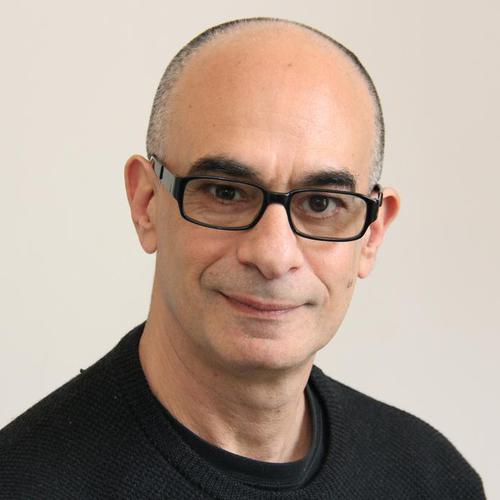 Talks covered by this speakers

Reading from the New Novel, The Song of Life

Louis Greenstein is the author of the 2014 novel Mr. Boardwalk (New Door Books) and the co-writer of One Child Born: The Music of Laura Nyro, a one-woman cabaret featuring collaborator Kate Ferber that had critically acclaimed productions at the New York Musical Festival, A.R.T.'s second stage Oberon Theater, and Joe's Pub at the Public Theatre as well as a successful east coast tour.

Louis has written for Nickelodeon's EMMY-winning show Rugrats and he was commissioned to write two children’s plays for New Jersey’s Stageworks touring company. A recipient of a Pennsylvania Council of the Arts playwriting fellowship, Louis’s one-act plays, Smoke, Interview with a Scapegoat, and The Convert were commissioned by Theatre Ariel, published by Dramatic Publishing and produced many times in the U.S. and abroad. He is the co-author of the critically acclaimed With Albert Einstein, a one-man show about the great scientist that featured Don Auspitz and has been performed at the Walnut Street Theater, Princeton University, and in schools and science museums around the nation. His short stories have been included in Margins Magazine and Philadelphia Stories and presented by the award-winning performance series, Writing Aloud.

Your logo could go here!

If you'd like to get your brand in front of attendees following the categories this speaker is talking about (on this page, via email and during each talk) contact us.
We use cookies This website (and some of its third-party tools) use cookies. These are important as they allow us to deliver an exceptional experience whilst browsing the site. Learn more about our cookie policy. By closing this banner, scrolling, clicking a link or continuing to browse, you agree to the use of cookies. Accept
I need help
No I need help
No I need help